I've told my cat "I love you" more than I've said it to all humans combined.

I've been vegan for over a year now, and I've been craving wild rice soup. The creamy shit that normally has delicious chicken bits in it. But fuck if dairy isn't in goddamn everything. So I made the shit myself. Seitan, despeite the awesome name, makes me feel like shit, so I tend to not use any "meat substitutes" in recipes like this.

I thought about my celiac friends, namely Penny, Melody, and Heather, and I decided to make this gluten-free. My longest day at college is tomorrow, which goes from 11 am to 9 pm. I bought this fantastic 22 ounce food thermos that keeps shit hot for 15 hours. I also have a lovely two-liter canteen just like this for my hot water since I drink a shit-ton of tea. 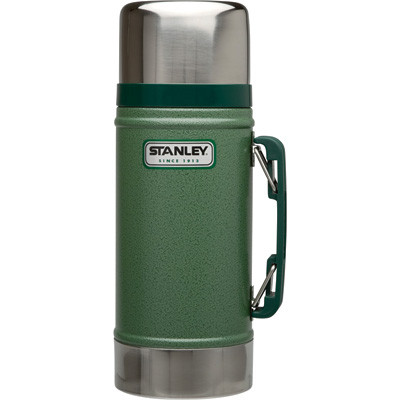 So yeah, here's the recipe. Make it in a crock pot. Add the milk a few minutes before serving (if you even want to add it. I don't think the recipe needs it at all.)


Slap that shit into a crockpot. The potatoes take the longest to cook. Your rice will get overcooked if you have your crockpot set to "high" since they settle to the bottom. Cook on low for about 8 hours. Then eat the fuck out of it.

Well, I'm off to the surgeon. And now I have that Weird Al song in my head.

I'm doing pretty well. Simon has been amazing. He brought steaks all the way from the Wedge and we had a delicious meal last night, since who knows how long it'll be until I can cut my own meat again.


Last night I vacuumed the house, mopped, AND cleaned out the garage so Simon could get his car in there, too. I'm excited to watch tons of Star Trek movies (on RiffTrax, of course) and do nothing for a couple weeks.


That doctor had better not fuck up my boobs.


Allow me to play you out.

I'm sort of pissed off about the sudden importance of the genderqueer movement, mainly because it focuses only on how a person looks. It's almost the fetishizing of androgyny. Or maybe it's just hipsters gone awry.

Gender is a sociocultural construct, assholes. Ignore what you don't like and it can begin to mean less to you. You are not a special little flower just because you are an ugly chick and you embrace it. Genderqueer seems just as exclusive as American straight culture. I couldn't ever be in it (gq) based solely on the way I look. Isn't that counterrevolutionary? The whole fucking point of accepting others is to embrace their differences, not exclude people based on them.

Example: I don't have a high squeaky voice and I don't sound super concerned and emotional every time I take a 911 call. I've been told by male and female supervisors that I sound like I don't care. That's not it. I'm just very business-like in my demeanor. No guy at work has ever been given this critique yet a lot of them have the same affect I do. And you know what? I do it because people do fucked up shit to each other and I can't always deal with it. If I do start to show emotion at work, I might have a hard time stopping, and that would be the end of my career.

Society seems to focus a lot on actions based on prescribed gender roles. I wish someone would create a faux social movement akin to genderqueer and use it for something that actually fucking matters, like acceptance of the behavioral choices of others.

This movement will be totally forgotten in a couple years and no progress will have been made. It's just a bunch of narcissists in tight jeans on bikes who want to fuck someone who looks just like them.

It's been three years since my grandma died.

I'm grateful for all she taught me, and for how much she loved me.

Insurance has approved my request to have 512 grams of boob removed from each of my boobs. A pound, in case you were wondering, contains about 453 grams. So I'll be at least two pounds lighter, depending on how much shaping needs to be done. I'll still have about a pound and a half left on each boob, taking me down to a B cup. Now I'm bustin' out of a double D.

I got the price from the hospital for how much all this bullshit is going to cost:

That's 18,621 American dollars. Insurance is paying the entire amount. I don't even have a copay.

I'm moving, and I have a lot of stuff I don't want.

I don't have time to post pictures of stuff, but everything's free, you just have to pick it up.

I'm also cleaning out my pantry, so if you're poor, hungry or just bored, come on over and look through some stuff. If you really hate someone, I have several cartons of expired rice milk you could make them drink.

Also, my Nut has been really adorable lately. Look at that thing! When you work overnights, Christmas seems to last about a week. It feels like all your days last twice as long. Everyone's either drunk, in the ditch, drunk and in the ditch, or having a coronary.

We had a call about a white female in a black car trying to run over a white female, so naturally I say "Hey, what's black and white and red all over? That lady after she gets hit by that car," and then the old biddies in the room look at me like they have no sense of humor whatsoever. Then I ate some ham and spritz cookies, and before you know it, thirteen hours had passed and it was time to go home. So that was my December 25th. I would have rather spent it at a bar or with friends, but duty calls and all that.

But hey, I probably miss you and hope you're okay. Maybe we should hang out soon? Yes? Okay. I'm going to sleep now.

I think I'm drunk/apathetic enough to clean out one of my storage units. I have 42 B-52s songs, more beer and I have applied lip glass.

Past, here I come!

Goddamn. The last time They Might Be Giants came to town I was going to attend, but my cousin moved her wedding up a week at the last minute. I had already agreed to take all the photos, so I had to forgo the concert.

Now my tattoo appointment is the goddamn day before the show. Sadly, I cannnot afford a 20 dollar concert ticket and all the overpriced beer it would take for me to enjoy myself in a venue packed with people.

Maybe I'm just too old for this shit.